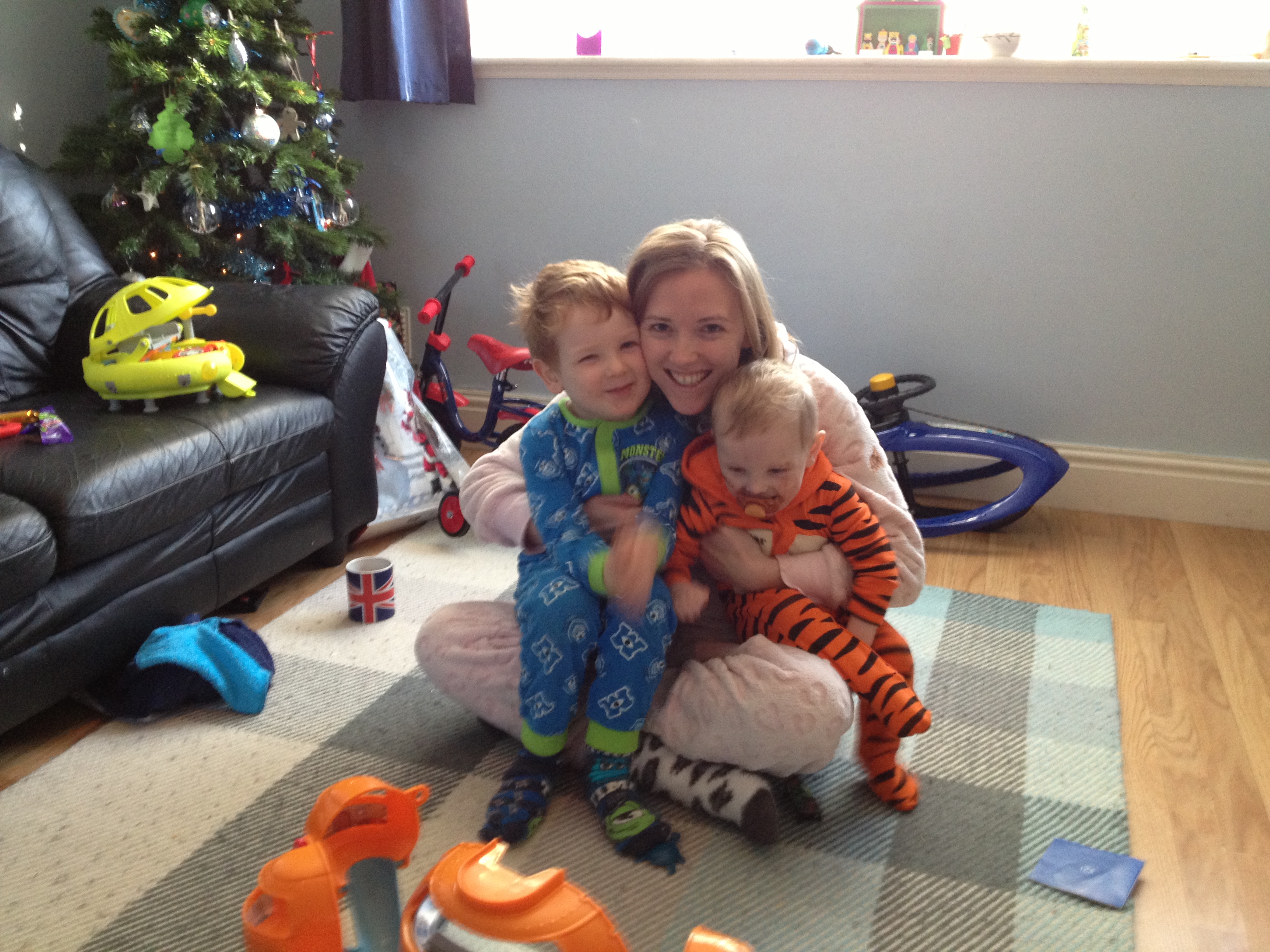 I was really honoured to be nominated by my friend Kate Warren, for Manchester Evening News Mum of the Year 2014.

Off we went (my mum, sister Cath & Kate) on Friday, 28th June 2014 to the ceremony. Getting to the hotel was pretty stressful. In the full flow of a behavioural intervention with my two-year old, there is no opportunity for a day off, so from the moment I got up that day I had to make sure we were on top of Mike’s therapy so that he would be ok without me for a couple of hours and that I looked half decent! My God Mother was left holding the reins with the baby (thanks Siobhan!)

Just being there was hugely emotional for me. Hearing the stories of the women in the room was a remarkable experience: lives absolutely jam-packed with caring for others and embracing motherhood. I felt very privileged to be the youngest mum shortlisted, alongside such wonderful ladies. I was delighted to be crowned the winner.

Winning really got me thinking about the journey I’ve been on since Michael was born. Pre 31st March 2012, I was just like everyone else, looking forward to watching my children growing up and surviving the mundane worries we all do. News of my little boy having a congenital illness turned that life plan completely upside down!

When Mike was first born he had real problems with his blood, the major issue of the bunch, being an extremely low (and dropping) platelet count. It can be really dangerous as there is a risk of bleeding to death and the problem was caused by his CMV. Within no time of arriving on to the Neo Natal Unit, he was given a donation of platelets so the doctors could run tests. The platelet count continued to drop, and the doctors were unsure what to do.

Easter Sunday 2012, and the midwife looking after me appeared to say they were sorting out a family room for us. My heart sank, as at that point they had no idea when I’d get home with Mike and everyone was feeling sad for us. Mike was due to start his anti-viral drugs any day (once they’d been approved) and we had no idea how they’d take him, we were desperate to get Mike home even just for a couple of hours as the future seemed so uncertain. My husband and I ached to get the four of us under our roof, even just for a couple of hours.

Facing the prospect of being a family, who has to manage with a child in hospital scared the life out of me and being in that position, made me see that for lots of families that’s just the way it is. Those families never asked for it, they never expected it, it just happened and they had to get on with it. Carrying all those mundane worries with much bigger ones in tow (how do I pay my mortgage? how do I hold down a job? How do I take care of my other children? The list goes on and on.)

The following day the Consultant appeared and said we could go home on two conditions, the first we rang an ambulance at the first sign of any change and second, we didn’t let our toddler loose on his brother, just in case he was too rough as Mike’s body was very vulnerable!  We were due back anyway the next day, to start treatment. We were delighted to be taking our little boy home.  It was only on reflection, I realised what a scary prospect all that was!

Mike came home and stayed home. Yes there have been plenty of inpatient stays and out-patient visits in abundance, but we never had to become that family in hospital. Some would call it lucky, but life and situations like this aren’t about luck, they’re about surviving and making life the best you can. These families inspire me, as no day can ever be easy.

It was that thought in mind that drove me to do my first fundraiser. I saw that I’d had a taste of how unfair and complicated life could be, then I had been given an opportunity to use that experience to benefit others and say thanks. Mike does have some things going on of course, but things are no way as complex as they could be and we can be that family, all under one roof, at home. I’ve got two boys of my own and I’ll never tire of saying thank you to those who’ve worked hard to get us here.

In July 2012 I set about raising money for the causes that have touched our lives, the Neo Natal Unit at University Hospital South Manchester, CMV Action & the Speech & Language Therapy Unit, at the Royal Manchester Children’s Hospital. I’ve been involved with the world’s biggest thank you card, met the Secretary of State for Health and appeared in a local radio advert raising funds for a hospital playground. I’ve worked hard to raise awareness of problems in service provisions at my local hospital and educating women on CMV. Thanks to the person who donated platelets for Mike, I was inspired to become a blood donor.

Aside from all those achievements the cherry on the cake has to be I kept it together and raised two happy boys, who due to my efforts are BOTH thriving. I could never have done that bit without the support I have around me. My own Mum, my Mother-in-law, my sisters, my Mum friends; they’ve all been there to lift me up and pick up the pieces as we’ve gone. It’s more than lovely to be crowned the winner but in my eyes I don’t see I’m really that different from any Mum, life just happened and I just got on with it like us mums do.