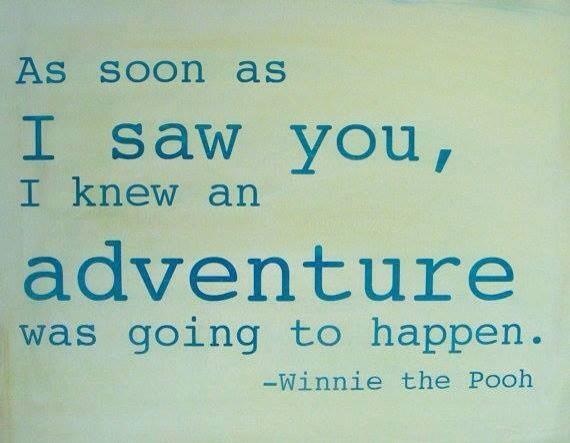 February 2014, I rang Dad from the hospital car park crying my eyes out. Yet again we had another referral. Yet again I was taking our hungry baby home. When was all this ever going to end?

I remember being told “Michael has congenital CMV and he is likely to have some problems” and in that moment everything about my life flashed before me. In the next instant it hit me that whatever happened, Dad loved Mike just as much as me: so I’d never be on my own in this. Wherever Mike’s journey would take us, we’d always feel the same and be in this together. It gave me so much comfort amidst all the hurt.

We did always feel the same,  but within days of the diagnosis we became a bit like a yoyo, never letting ourselves appear to feel the same way. If one was struggling, the other had to act as the hoist to pull the other up. There were times we’d both hit rock bottom together and those were the hardest times. Just before Mike got his NG tube, we’d been in the same place for a while and it had been so hard to remain optimistic and function normally. It was like we lived in constant stormy weather and we just never caught a break.

We’d taken on really specific roles during our big storm. I was the unpredictable defender and protector for Mike and his big brother. Dad on the other hand was protecting me, while juggling all the normal life things you encounter.  Every day life hiccups continued to happen too and they served the unhelpful purpose of making life even harder. There were points where exhaustion would hit and we’d not even have the energy to think about the bigger stuff, let alone talk about it.

As we had such specific roles it was hard to empathise and understand the challenges we both faced in our responsibilities to our family. I remember often feeling like Dad (nor anybody for that matter) didn’t understand the things I was fighting for. It was a lonely place as there was no room left for us or I. We were always taking care of our little family’s needs.

Before we got funding for Clarissa I’d sit in meeting after meeting, where the terms “environmental” and “protective” factors, were batted around. I’d get reports from his then psychologist talking about my family and these factors. I’d never studied psychology so the terms meant nothing to me, but simply the suggestion that we could be in anyways to blame for this mess was horrible.

The end result was that I became extremely defensive, even towards Dad. That in turn, completely isolated me from friends and doing the things I enjoyed as I felt like everything was against me doing the right thing and wanted to criticise me. I had no time for anything but to fight for my baby. I didn’t have the resources to take care of myself and Dad didn’t either. We just coped and coped and gradually became shadows of ourselves.

When Clarissa was finally commissioned, even though I had complete faith her,  I remember feeling defensive as soon as she mentioned mum and environmental factors. The feeling was so overpowering. Here she was to help us, but we’d been let down so often by professionals, having to trust again was hard. Clarissa explained how we’d looked after each other during a time neither of us could take control and steer our ship to ensure our family survived. It felt so right, it was impossible not to trust her.

We’d stayed in the storm for such a long time but we’d somehow eventually found the calm; in the right help for our baby and that was a pretty awesome achievement.  I wasn’t to blame. We weren’t to blame. Mike was born this way and it wasn’t our fault the right expertise hadn’t been available. Through everything we had done we’d survived and we’d done it together. We’d adapted our environment to do this and now just as powerful, we could  adapt our environment once again to help Mike. We could be the family we’d wished for, before Congenital CMV happened to us.

Clarissa follow’s a multidimensional approach so she explained Mike’s diagnosis hadn’t just affected him, but had affected us all because we’re only human. Within our home, science had directed why we’d all operated as we had and we’d been doing the right thing, the human thing; that any of us would have done in the same circumstances.

As a result of this, Clarissa needed to work with us all, as the reality is that Mike’s life will be series of storms we have to learn to live through. That seems so big, but we don’t ever have to look to forever, it’s about surviving now and ALWAYS moving forwards, whatever happened in the past.

Dad and I, can now talk realistically about Mike, we can share our feelings (whether they are the same or different) and we can make plans to steer us in the way we want to go. In real terms, we can brave days out together as a family and have social lives again because Mike being this way didn’t have to mean an end to the lives we led before, or an end to the dreams we had. We are still the same people, life just happened.

We deserve a normal family life and yes things are in the way of that happening and it will take hard work from the whole family to get there, but by controlling our environment and having strategies to manage the differences in our son’s development we CAN take this opportunity with both hands. It’s never going to be as easy as it could be, but when is life ever like that anyway?

Out of the storm and now in to the light, my heart fills with nothing but pride for the three boys in my life. It really hasn’t been easy, it still isn’t easy (at this point in time Michael is vomiting around four times per day) but we can laugh about it, we can cry about it, we can accept this is the way it is and be happy too and that’s a very perfect place to be.