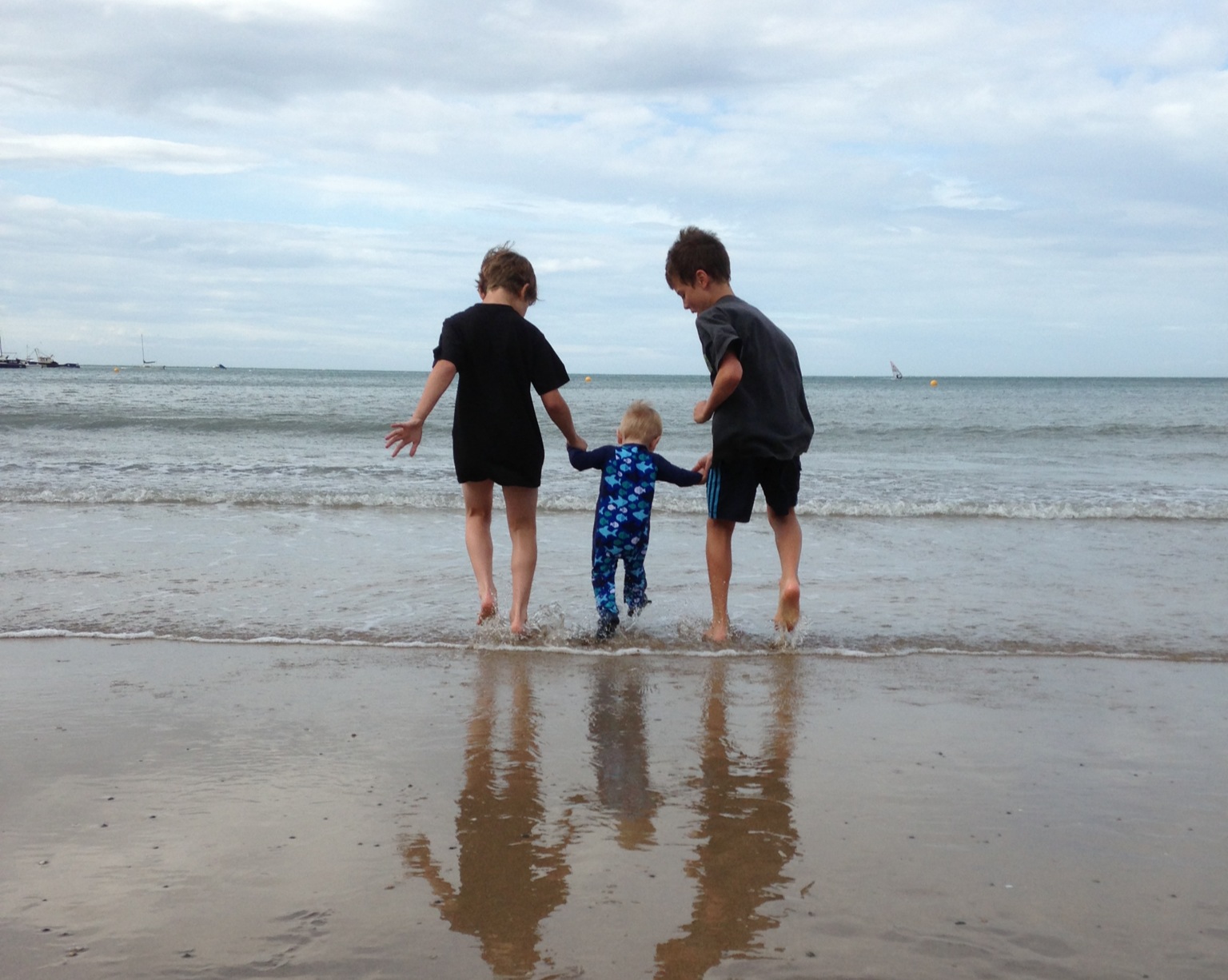 We will often be playing at the park and some one will say “ah, how old is he?” When I reply two and a bit,  I’m often met with a sad expression and a person completely lost for words. Their sadness  is a reminder his life’s different but I don’t feel sad for him. Sad for the things he’s missed out on, for the things his brain challenges him to do, but he’s a  happy little boy.

The most important things to Mike are mum, dad, big brother and home. As he’s such a sensory little boy, he loves us with his everything. He loves to stroke us, smell us, he even loves the way we taste (he’s recently started licking our faces as a sign of affection. Clarissa says I need to use our techniques  to stop him as its not really what we do, but it’s too cute!)

When he was first born I remember feeling desperately sad that he was missing out on all the things that happen when you’re first born. The visitors, the cuddles, first walk out in the pram. It was all over shadowed by poorly blood counts, risk of infection and CMV. It broke my heart. I missed it all too. Innocently I thought that bit would just be a phase but the reality is, you’re constantly missing out, skipping stuff and having to forget things.

He’s always missing out on  something: something that a child his age should be enjoying. Take running for example, he’s watching kids run longingly at the moment. He’s just started to toddle though and his balance isn’t great, so he isn’t able to run, although he tries with all his everything and whoops with delight, enjoying those that can.

I love that about him.

As with anything to do with his development, it will take him much longer to get there but he will. In his own way and in his own time. His peers move on and he fits in appearance and development to much younger children, but he strives to be just like the “big kids” and puts all his energy in to trying to keep up. His doctors and therapists all tell me that is the best way to be. I know they’re right as my greatest wish for Mike as his mum, is that he can be like everybody else, leading his life the way he wants to.

As we move forwards with Clarissa, Mike is developing at a fast rate. This week he began to take some steps and his communication skills are really improving. He’s eating, still with some  resistance, but we are continually increasing volumes and moving away from the 400ml prescription milk he’s still taking. It’s hard to even remember at this point the tiny and vulnerable little boy he used to be.

If you imagine in the two years four months before we got funding for Clarissa, he was functioning in like a, new-born survival mode. In that time again (so he’ll be around four years old) he won’t ever remember his resistance to feed and the old “pathways” (or too strong survival instincts) will be gone forever replaced by new, useful pathways (eating is a non negotiable being just one!) for life.

Hearing from Clarissa that through our efforts, we’ve given Michael’s poorly brain and nervous system a complete overhaul makes us feel fantastic. Using an evidence based technique, we have what I’d summarise as, restarted his brain: so that he wants to learn and move on and not be stuck forever in the damage that CMV caused him. We are ‘lucky’ here, as we didn’t know if Mike’s brain was able to repair itself like it has, when we started work. We knew he’d make new connections but only time would tell how much he could respond to this therapy.

Back in December 2013 it was a certainty that Mike would have to attend a special school and now it seems he’ll able to attend main stream education. We’ve completely changed his life opportunities and his ability to learn.  It’s AMAZING!

The next steps for Mike are to continue moving forward with his eating. In a couple of months he won’t need his prescription formula anymore and his nutritional needs will be met in full by a balanced diet. We are continuing to try and stop him licking us (even though I love it!) and he’s reaching up to my hand to help him run. Everything is at his pace always and so what if he needs help? He likes the company!