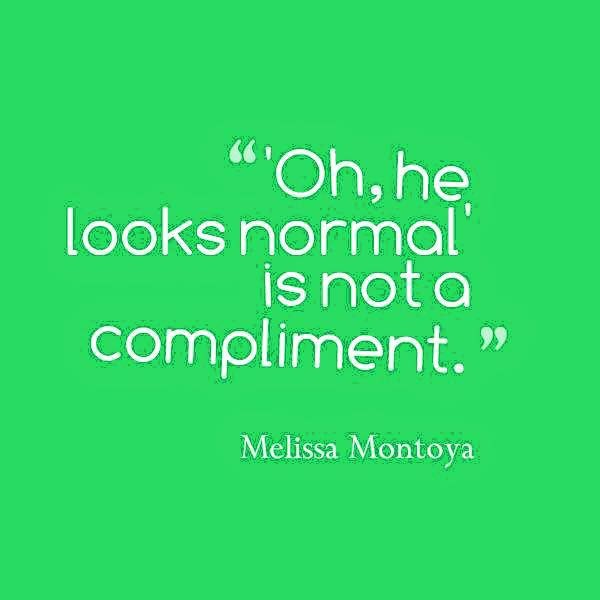 So almost half way through Mike’s first year at pre school.

In our area, we have nurseries connected to our primary schools and  Mike has joined his big brother there, in a mainstream school. If I’m really very honest, Mike has adjusted to school life, far better than I could have dreamed of. It really has left me thinking that had we not have had the level of early intervention he did, then we would have been in a very different position.

There is so much he loves about school, the children, the staff, the outdoor play, the play dough, the home corner… He’s really popular with the other children and the other kids amaze me, as they just seem to get that Mike is smaller physically and could probably do with a hand. He’s head and shoulders (at least) smaller than the other kids and physically not as able, but he fits in and they love him.

I’m so relieved that I have the support from school in recognising what a unique little boy, Mike is. At our first meeting after he started, he was described by one of his teachers as a “total paradox” so very accurate for Mike. The Educational Psychologist was rather baffled by his extremely spikey profile, up and down with skills that couldn’t be on a wider range! She’s left me with a wealth of questions to take back to our paediatrician next time we see her.

Going in to Mike’s school, to do some training around ‘how to best to manage him’ felt a little odd, but to be honest on reflection,   Clarissa did just the same with Dad and I; in our house. Grandparents have subsequently learned and adapted our strategies, so they too, are equipped to care for Mike. I think the best therapist out of us all, is without  doubt Big Brother. He knows exactly how to motivate Mike!

Although when I asked for the funding to see Clarissa, it was all to do with feeding. The reality is, feeding is a very small aspect of the #MartinMethod and the Midlands Psychology Multidimensional Approach (MPMDA).

From being very little, it was very obvious that Mike was likely to have an Autism Spectrum Condition (ASC) and we knew for sure, he had developmental delays, as a result of the brain damage caused by his Congenital CMV. The therapists and doctors we were seeing, were following a wait and see approach and I was told at one stage that by age three, he’d be diagnosed with a learning disability and ASC. (That subsequently hasn’t happened yet.)

A wait and see approach is a nice easy get out, if you’re not living in it. (You think they must have a point at the start of the journey, maybe at some point he really will fancy a roast dinner, stop screaming or sleep all night??? Keep on dreaming…)

We have a little boy who is absolutely adorable, but he has huge challenges and raising him at times feels impossible.  He screams much of the time at home, if we have to go somewhere or if he has to do something (e.g. eat, sleep, wash, dress) or simply if he just feels at all anxious for any reason. His not eating isn’t about refusal, it’s about real physical disabilities that stop him, from doing so. Those same disabilities impact on every area of his care and development.

Wait and see, in my book is turning a blind eye, to our children’s problems and neglecting them. The Midlands Psychology approach isn’t about waiting for problems to get worse, it’s about dealing with what you are dealing with now and giving you as a parent a way out of these relentlessly miserable problems our kids can suffer with: without needing a label or diagnosis.  The end result of tackling these restricting behaviours is a much happier, better achieving child, with parents who are coping so much better too. It’s cost and emotionally effective all around!

There is evidence that strongly supports a need for parents, like Dad and I, to have help in modifying our parenting skills in raising little ones like Mike. This is just as the Midlands Psychology Multidimensional Approach, works. Where Mum and Dad are given guidance and family support in changing the way they interact with their child, children like Mike have an accelerated rate of development. Mike is proof of that – within six months of changing my parenting style, Mike was walking and  within 10 months starting to speak. The NHS professionals we see, are star struck these days when we attend for review appointments.

Other interventions these days aren’t always that successful for us, as we have the key to unlocking Mike’s potential, as taught so by Clarissa. With Mike it’s all about physical activity (sensory diet) and motivation.

Initially we taught him that Mummy’s attention was never for free, that made praise from Mummy the best motivator in the world. As he gets bigger we have a range of other motivators like toys, the Ipad, TV, outdoor play; in fact in most situations there is something we can use to motivate Mike to function in the way we need him to i.e. at HIS best. He subsequently learns skills and behaviours as he has no choice but to do what we are asking him to. If he doesn’t comply, he doesn’t get his reward. The impact this has, amazes me regularly. It’s the explanation behind him doing so well in a mainstream nursery – he’s motivated to fit in and be noticed (he’s conditioned the thrive on praise).

This isn’t a ‘fix all’ approach and by no means does it ‘change’ Mike. Dad and I are constantly working to seek out motivation and motivate him. That can be impossible at times and is emotionally exhausting. To add to that, we can’t erase his disabilities, so you are all the time attempting to figure out where to draw a line around is it just “typical” behaviour, or something more complex at times where there is no motivation to be found for him. Where the answer seems to lie in a ‘more complex’ category, it might be something we can work on as part of his sensory diet or something we need professional help to consider. My mind is constantly weighing all these things up.

When I’m parenting Mike, I find it so hard to have a conversation with anyone as a result!

Before working with Clarissa I was clueless about Mike. I’d cry in appointments as he’d bang his head off the walls or floor, in frustration of being asked to do things. I felt like the best option had to be expect nothing, because challenging him caused him so much emotional distress. Now I understand him, I push and push with the knowledge that I am equipped to get the best out of him, even if most of the time he resists me and doesn’t like it. Parenting his typical big brother came naturally, but Mike isn’t typical and so we shouldn’t ever expect that ‘typical’ parenting will see him develop at his best.

Clarissa’s also told me to give Mike time and keep away from  labels. His Congenital CMV affected his brain development and therefore he is going to need longer to see does he hit his milestones. That has been the case and some milestones we’ve bypassed all together and I do feel sad about those gaps. At 3 years and 11 months, he very much reminds me at the moment of his older brother, at around age two. We get lots of tantrums, lots of wanting things his way, trying to do things independently – typical behaviour, just a bit later.

Only last night did he take his own nappy off and say hours later “mummy, got wee coming!” and we got the first wee in the potty! It won’t be typical potty training, but we will get there at some point.

We were discharged from pre school special needs recently as Mike is now in a nursery setting, after three years of working together. His teacher has been such a good companion along what has been a road full of challenges and tough times. Her parting words to me were, “you know now you get there in the end. Just remember it takes a really, really long time!” She’s very, very right there!